“Life doesn’t stop after losing someone, but it does go on differently.” I can’t remember who said this, but that quote has been a huge factor playing throughout my life.

When I was 15 years old, my whole world suddenly took a drastic change. On February 12, 2017, my brother took his own life. His death had a big impact on many people, including my mom, my dad, and all of my siblings.

My brother loved to fish, hunt, and hang out with his boys. He was such an amazing fisherman; I swear that boy could catch a fish out of a toilet bowl. He has three boys named Easton(seven years old), Blane(five years old), and Carson(four years old). One of my favorite memories with him was when I was about 13 years old, and he let me drive his brand new car around the block. He got in trouble for letting me drive, but that day was the day I knew he cared about me. It was kinda hard growing up with him, because he loved to antagonize me a lot, but he always stood beside me and beat up whoever tried to hurt me.

For a long time, my life felt like it had just stopped, because I couldn’t do anything other than cry and go to school. I seemed to just continue that day after day on repeat. I thought maybe if I would have said something, this wouldn’t have happened. I blamed myself for the longest time for not helping him when he needed it the most.

For the first year and a half, I wouldn’t let him go. I dreamed that he faked his death and that he would soon be home, but in reality, I was just trying to stop hurting by pretending he was still here. It has been two years, going on three this month, and I still think about him, but more often I am wondering if he is okay, and I am sad that he is gone.

I now realize it was no one’s fault for not saving him, and maybe it was for the best. I now currently live with his three boys, and they remind me of him every day. If this situation never happened, I would have never done half the things I have and be where I am currently. I believe he is in heaven fishing up a storm right now.

Don’t worry big brother… I will see you soon. 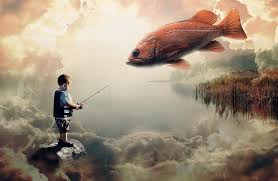 If anyone has lost a loved one that is close, just remember “Life doesn’t stop after losing someone, but it does go on differently.”

This site uses Akismet to reduce spam. Learn how your comment data is processed.

By Tabitha McCann This is Andrew Leggett, a freshman in high school. Andrew … END_OF_DOCUMENT_TOKEN_TO_BE_REPLACED